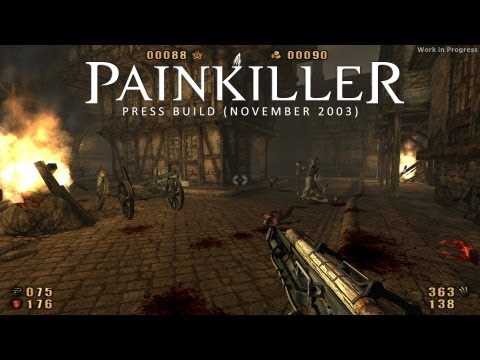 In January 2004, an alpha-build of Painkiller was leaked onto the internet. This was an early build of the game, intended for the press, containing three levels from the singleplayer campaign and two multiplayer-maps. I decided to capture some gameplay from the singleplayer-portion, so everyone can see an early version of this classic FPS. Remember that it is an early alpha-version of the game and not representative of the final product, which I greatly recommend getting through either Steam or retail!